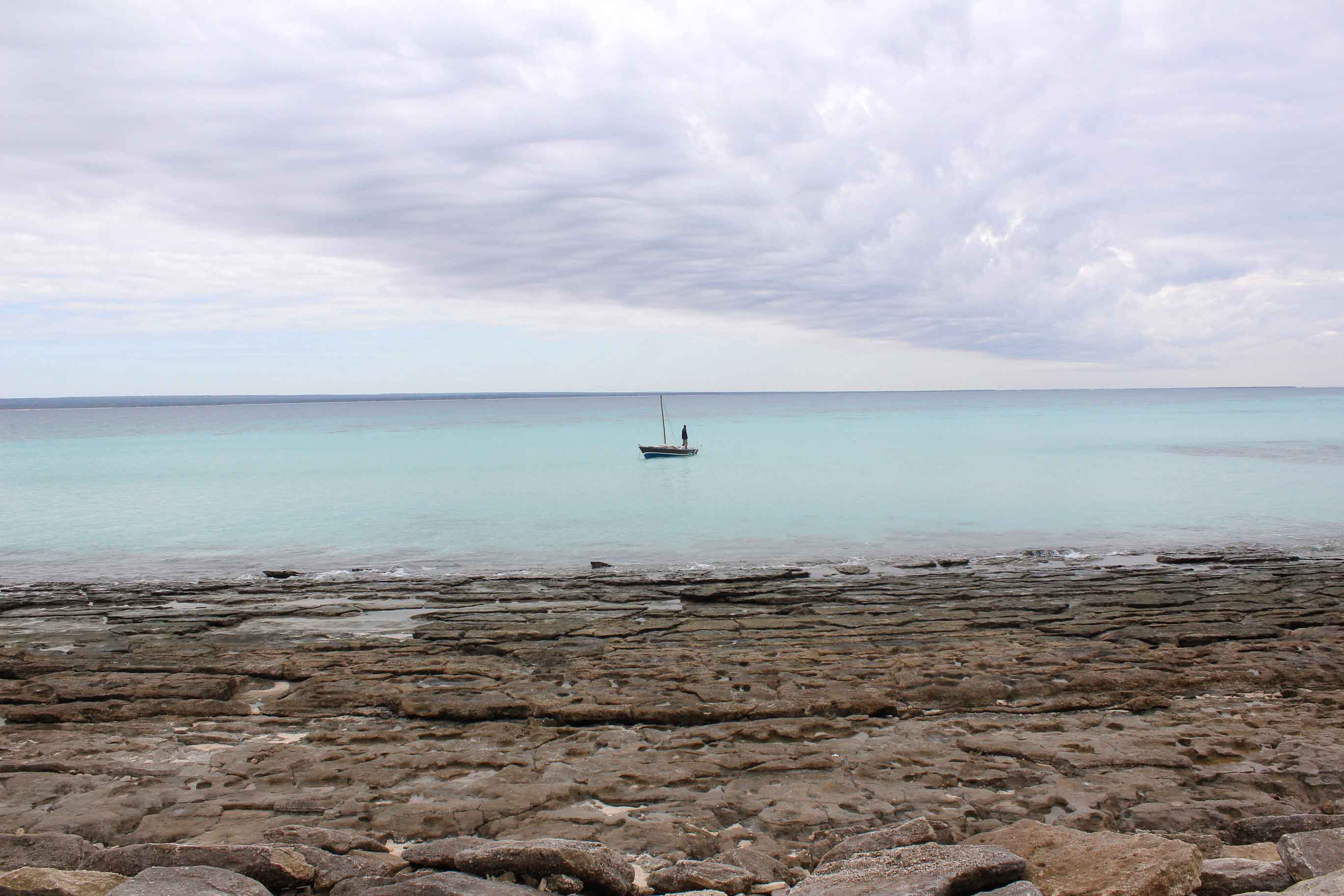 Posted at 12:59h in Travel Africa by mabeco tours

Mabeco Tours Expedition Mozambique 2016 took place in Mozambique and Swaziland. We took about 8 months to prepare the trip, and more than 200 emails were exchanged between our Reservations Team and our Guests and suppliers. The perfect itinerary was created.

The first stage of Expedition Mozambique covered the Northern part of it: meet up in the city of Pemba, Mozambique Province capital of Cabo Delgado and visit to Quirimbas Archipelago; Nampula and visit to Mozambique Island.

The reception in Pemba was warm and energetic. We needed to depart to Quirimbas, specifically Guludo Lodge, situated in mainland Mozambique, just in front of Rolas Island. We travelled around 6 hours in very challenging dirt roads of Northern Mozambique. It is not uncommon to find these roads, but from an adventurer and 4X4 experts point of view, the journey was fun and interesting. It is impossible to know Mozambique if we don’t allow ourselves to experience the challenge of going from point A to point B, knowing how the people live in remote and isolated villages of this magnificent Country.

The group after many hours of challenging roads was excited and motivated, even after long hours of flight connections between their Country of origin and Mozambique. On our way to Guludo, we saw many villages, a lot of unique and beautiful vegetation as well as 3 lovely sightings of Bat eared Fox.

The night took over and we were still on the road – don’t expect a lot of indication signs in this part of the World, specially when you GPS does not receive the best connection from the satellites. Some parts of the road were completely “wild” and you could see that the vegetation was not pressed, meaning that the old tracks were deleted by nature. We had to open new ways and be “pioneers” in some parts of the road. Some parts had so much tall grass that our huge 4X4’s were sometimes “swallowed” by it, but the experience was great and unforgettable.

Guludo Beach lodge is an eco-friendly place, meaning that all the electrical power is provided by solar panels and all the water supply system (clean and waste water) is made with little or no impact to the surrounding environment.

After a well-deserved dinner and a good night rest, we woke up for another perspective, another frame, that we couldn’t enjoy in the previous evening due to the lack of light (only artificial light, because the moon did its job and help us find the way to our rooms). The view was breath-taking: the beach made of fine white sand was merged with the warm and turquoise waters of the Indian Ocean – dramatic clouds covered the radiation and just in front of us, Rolas Island. Why see this island from far away if we could go there and explore? A rubber duck boat took us there and in just 25 minutes we were exploring the Island (that can be circled in just 1 hour walking). Guludo Staff was already assembling a shade area and preparing our lunch.

The Island had many native and temporary residents. The native residents were mostly crabs and birds. They were not very shy to us, allowing great observation periods.

Huge lagoons were formed with low tide and at a certain point, it was hard to tell the difference between the Ocean and the sky. The temporary residents were mostly fishermen that use the Island for shelter and for preparation for long days of fishing. These man were marked by the hard life of paddling in a small canoe made of local timber along the sometimes rough and violent sea conditions of this area. They showed us their timid but contagious smiles, and soon enough, we became the “tourist attraction”.

When we came back to Guludo Beach Lodge we were surprised by a dance performance of local villagers. The light and warmth of the fire made a special environment around the strong sounds of the drums. The ladies had their babies on the back, strapped with only a piece of Capulana fabric, whilst dancing.

On the next day, Ibo Island was our destination: you cannot come to Quirimbas and not go to Ibo. It was once the Capital of Mozambique, due to the enormous importance of commercial trading between Continents. The Historic and Cultural details are unique. Raul, our local guide in Ibo, made a detailed and informative tour along the island. One of the highlights is the Ibo Fort, a place that tells many stories from old days and that it will continue to do so in the future. A classy and complete lunch was served in “Cinco Portas” Restaurant/Accommodation. The flavours were magnificent and we even had an “unexpected” guest: a tamed and friendly “Dik Dik” Antelope.

When we came back to Pemba, the road became easier for us, because there was daylight and there was still some tracks from our passage a few days ago.

The views and landscape is just sublime in this part of the Country. The earth like colours of the vegetation will not be forgotten easily. We saw the first women with Mussiro (paste made of ochre) facial paintings along the way. We had a long day ahead of us: Guludo – Pemba – Nampula – Mozambique Island.

At around 8.30 in the evening we arrived to our accommodation in Mozambique Island. It was an unforgettable evening for football fans (the final match of EURO cup 2016 was just ending).

Escondidinho Hotel is a place extremely well located in Mozambique Island. After a excellent chicken dinner we went for a deserved rest.

On the following day we made a Dhow safari supplied

by Ilha Blue, the best activities provider in the Island. Their guides and sailors were very professional and they made us a delicious lunch made with freshly caught fish. The beauty of this area of Mozambique is absolutely outstanding. We took long baths in the pristine and divine Ocean waters. The unique landscape of the area needed to be properly appreciated and the lunch area was located below giant Baobad trees that offered a natural lookout to a place where only our dreams could offer.

Once in Mozambique Island it is mandatory to visit its “guts”. The curiosity of our guests and us wouldn’t allow us to stay at the Hotel and wait for next day city tours. We grabbed our cameras and started to walk. We did this until the sun was down for quite sometime: we visited the stone city and also Macuti city (the part of the island where all the stone was taken to build the stone city). Macuti city because of this process was left a few meters below ground level and this was something to see. We talk with locals and they received us with warmth and smiles. We have been offered fruits, cashew nuts and many other local and unique gifts. After we found a group of fisherman, preparing to depart to the sea, we asked them if we could make a photo shoot and they were quite happy to do so. They would smile when they saw themselves in the screen of our cameras. The day was gone and the main goal was to rest for next day. 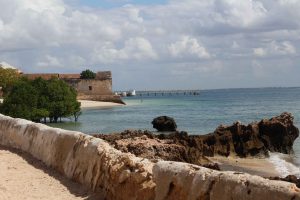 In the morning we departed to the city tour, and during the visit to the many places we have already visited the previous day, we recognized some of the people we approached and it was like seeing old friends. Our tour guide told us about many aspects we didn’t knew and it was very interesting to see how this important place in Mozambique influenced the Country and even the World.

The first 6 days of Expedition Mozambique were done and so the first stage. Our Guests were excited, enthusiastic and filled with their pretty much “endless” energy. Our Team could not hide the satisfaction of seeing such genuine and positive reactions, so I guess we were feeling as much as our Guests felt. Mozambique is a beautiful Country and there are many things to be discovered here.